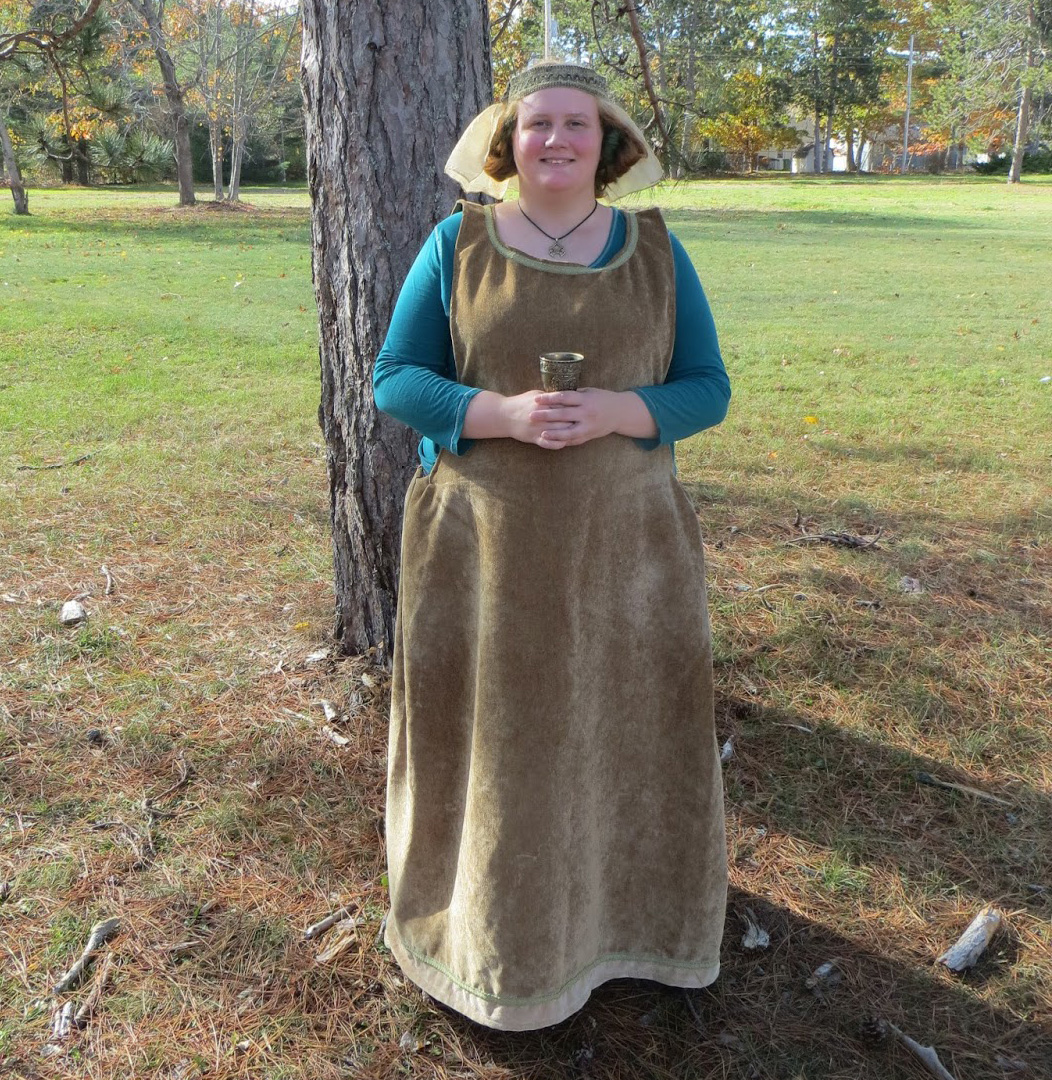 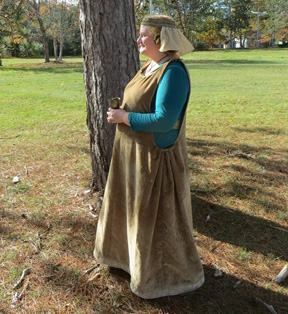 I was able to sew it quickly since it didn’t involve any sleeves and had minimal hand-sewing. A surcoat is a good beginner’s garb project for anyone nervous about sewing because the most complicated part is pleating the sides, and even that is pretty straightforward.

The garb is a bit hot, being an upholstery velvet originally meant for a cloak. It is washable (ideally on delicates, and dried on low heat) and should be reasonably sturdy. 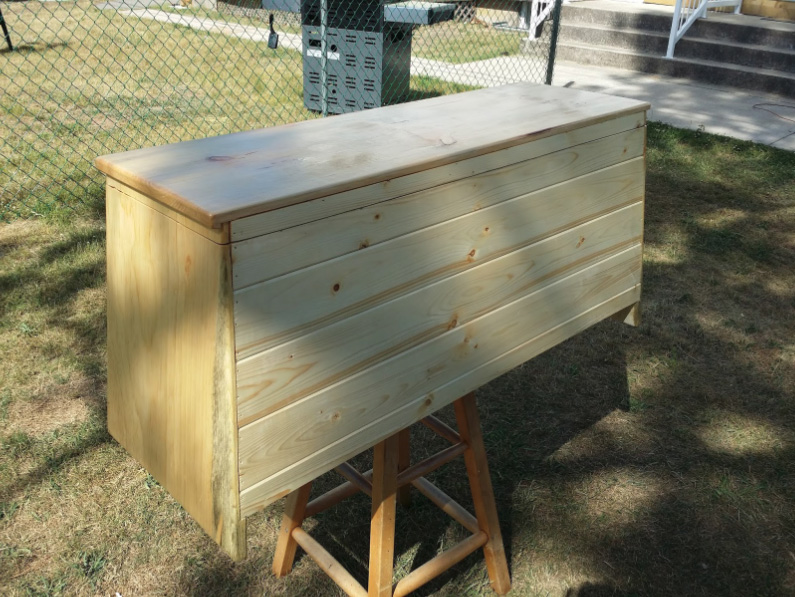 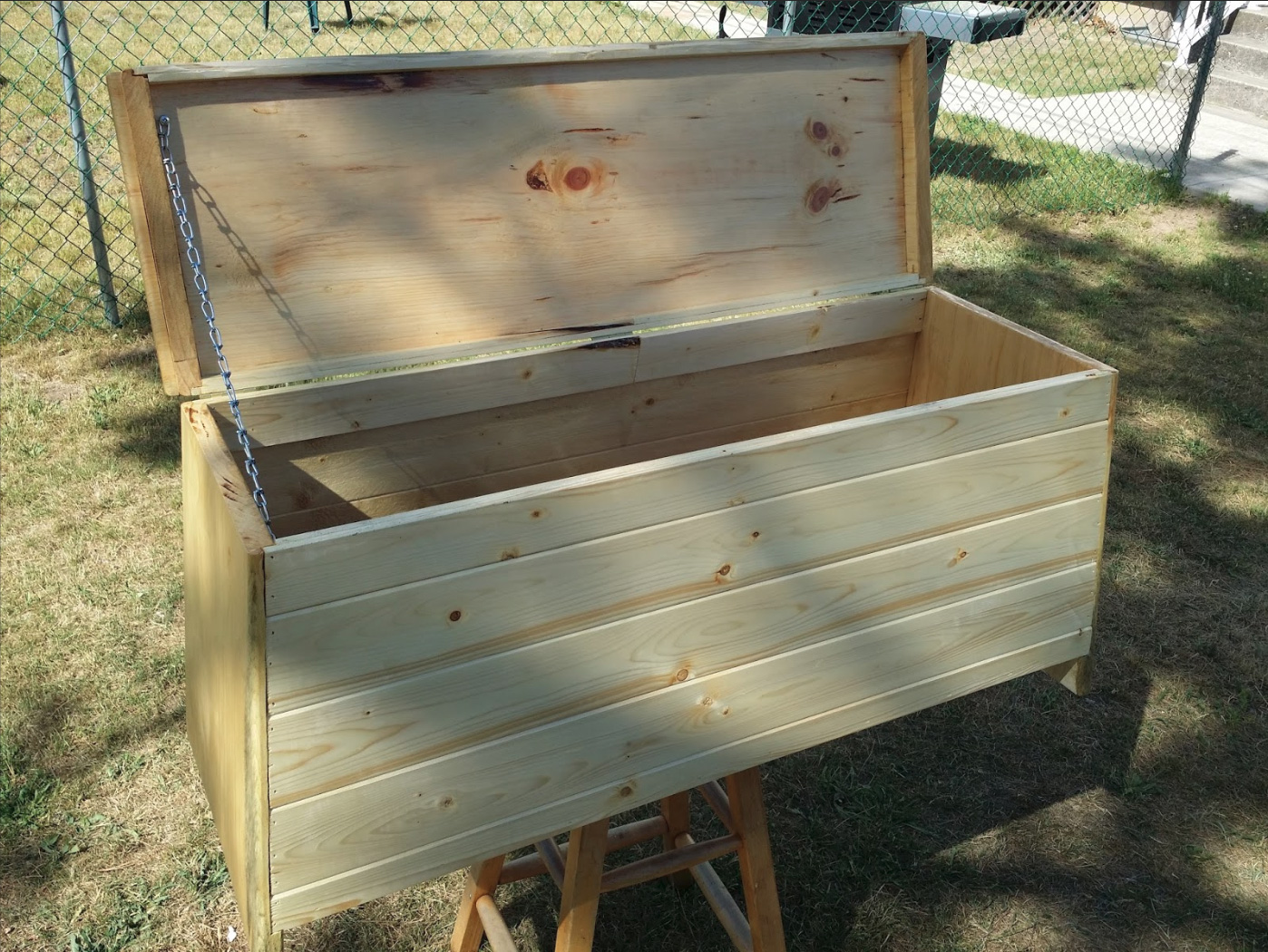 These are based off the Oseberg and Gokstad rowing chests. We copied the Gokstad proportions fairly faithfully, and after using them for close to ten years, found them a solid, practical, and lightweight chest. One of our biggest changes was to make the front and back out of tongue-and-groove pine wainscotting boards. One package makes one chest, with actual proper boards for the top and sides; the bottom, which of course is usually not visible, is just some plywood.

END_OF_DOCUMENT_TOKEN_TO_BE_REPLACED 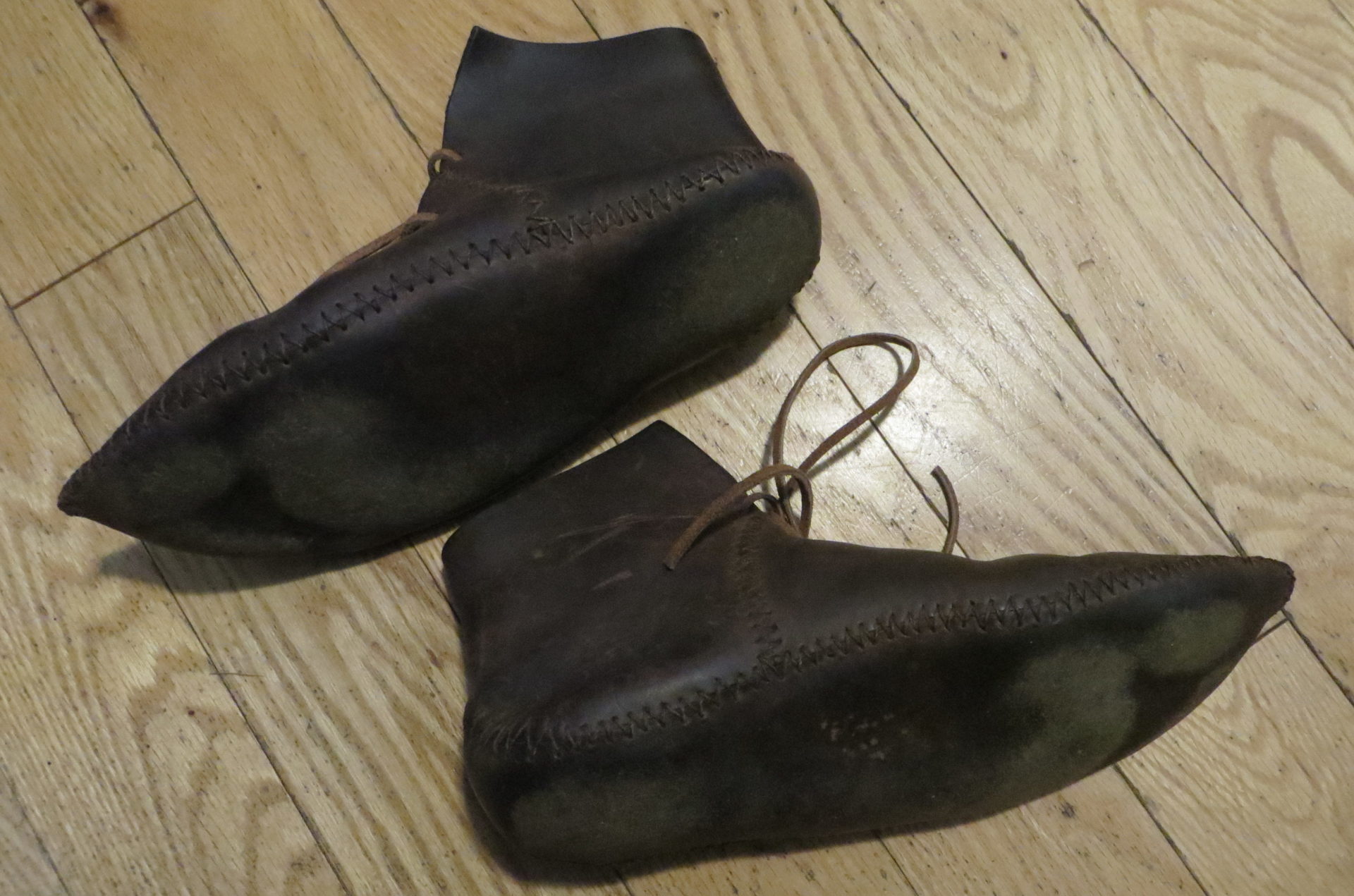 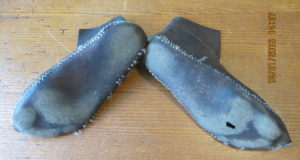 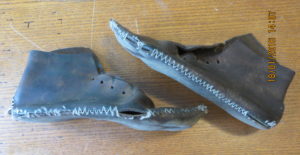 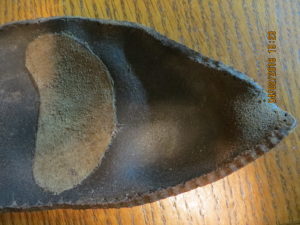 Years ago, I made a pair of Norse shoes, based on one of the Jorvik Viking boot finds, that have served me very well over numerous events and many years. In fact, I wore them so much that I wore a hole through one of the soles; and the stitching, originally done in a white waxed cotton (dental floss, actually, making the shoes ‘minty fresh’) when the fake sinew kept breaking, was wearing away and looking very ratty indeed.

So, having found some nicer, slightly heavier waxed cotton at Tandy’s that matched better, I decided it was time to pull them apart, redo the stitching, and make some repairs.

Originally I was going to replace both the soles entirely, but decided that, since repairing them was period, it would be simpler (and take less leather) to just do that instead.

For the hole, I made a leather patch that went under the entire ball of that foot, shaving down the edges of the patch as much as possible, so as to make it as unobtrusive as could be under my foot. I then glued it in place with contact cement, which worked very nicely, although you could still see the hole from the outside, of course. So I filled in the hole as well, building the shallow gap up in layers with contact cement and leather shavings from the patch, and ended up with something you can barely see at all, especially now that I’ve walked on it a bit.

I then stitched it all back together, using the original stitching holes, and replaced the beat-up leather laces.

I’m very pleased with the result (and can’t feel the patch at all when I’m walking), and hope to get many more years of use out of them! 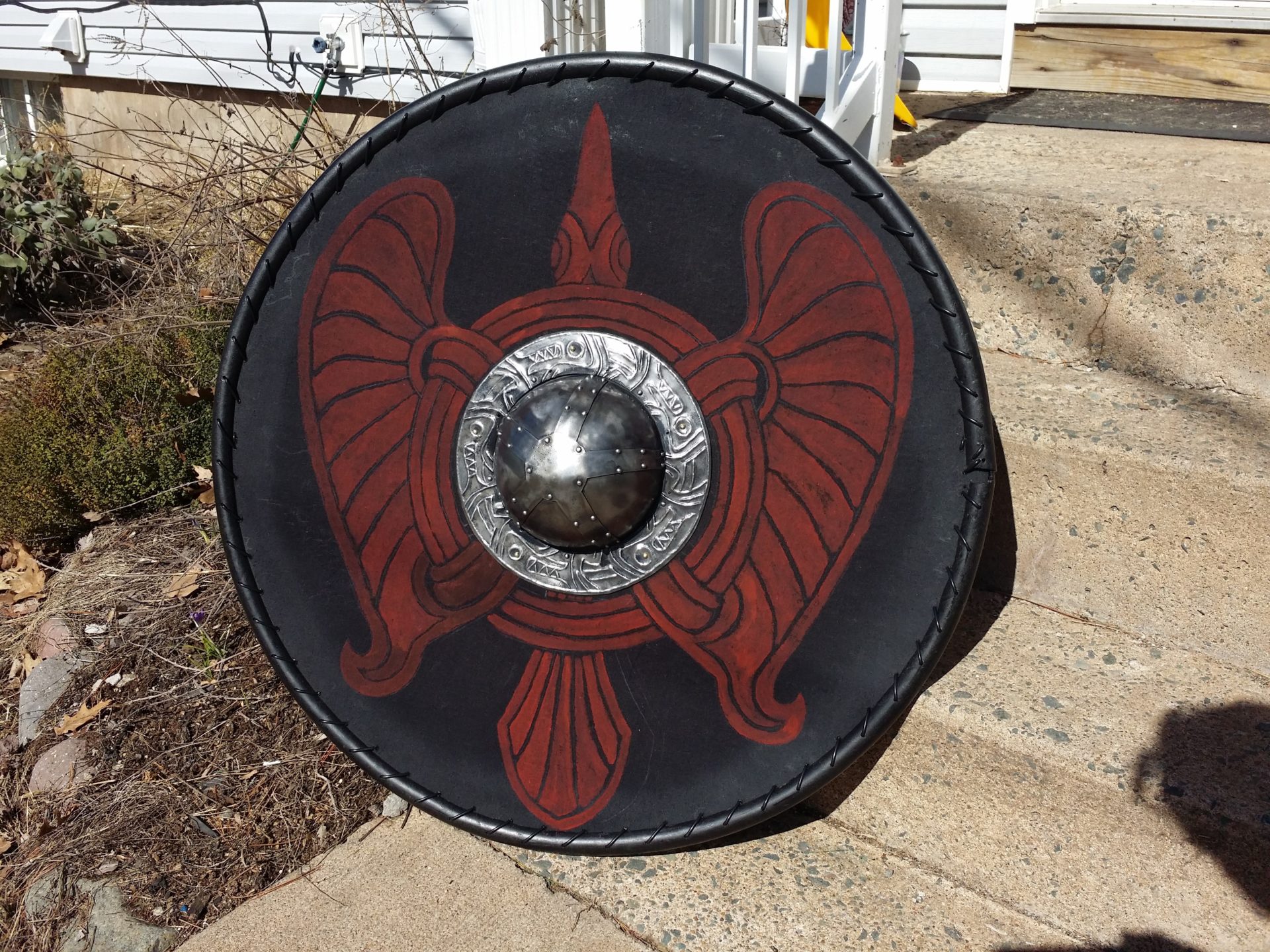 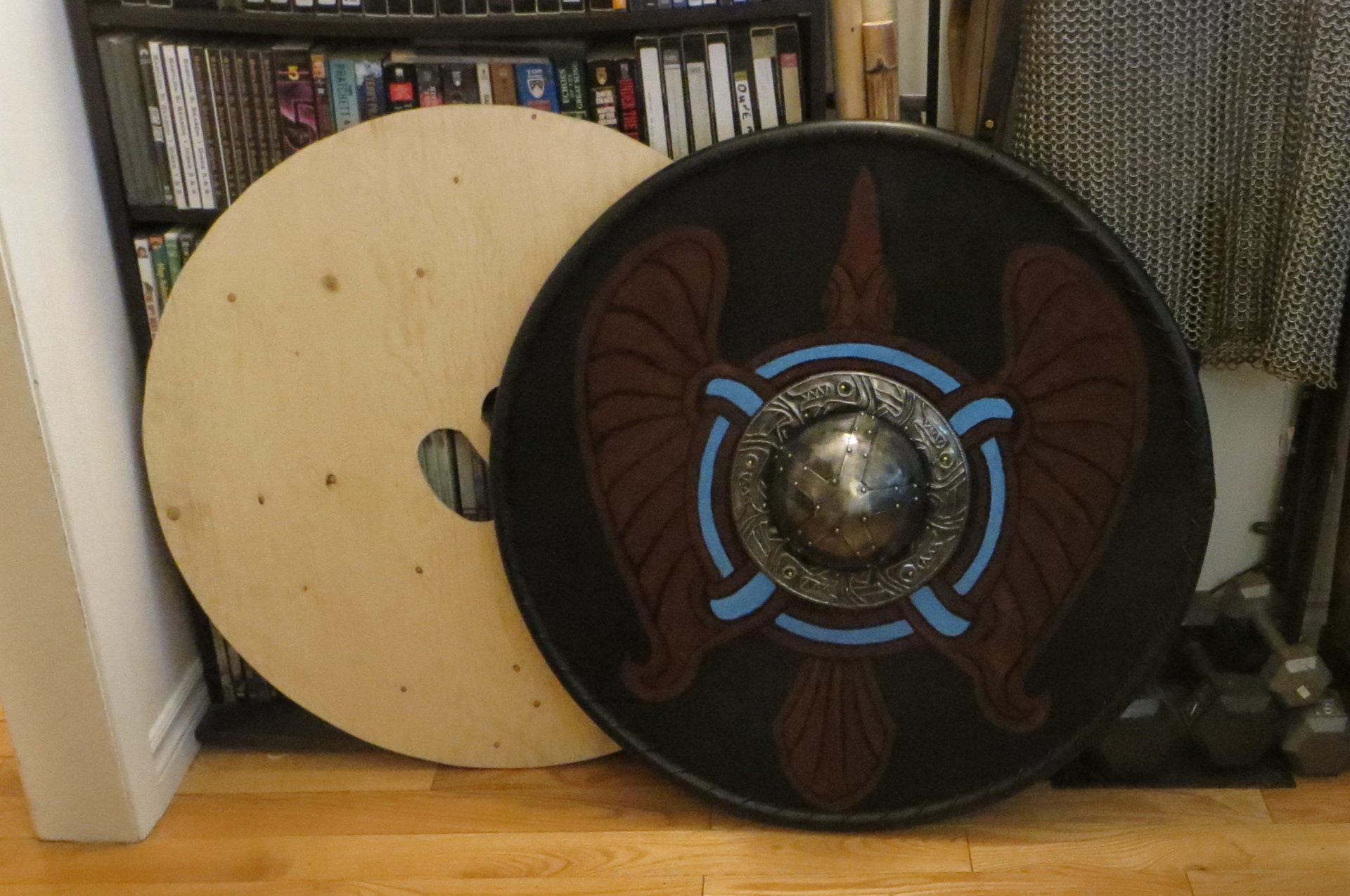 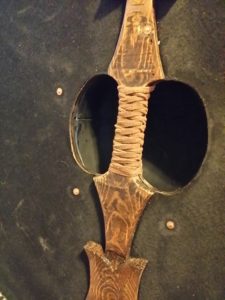 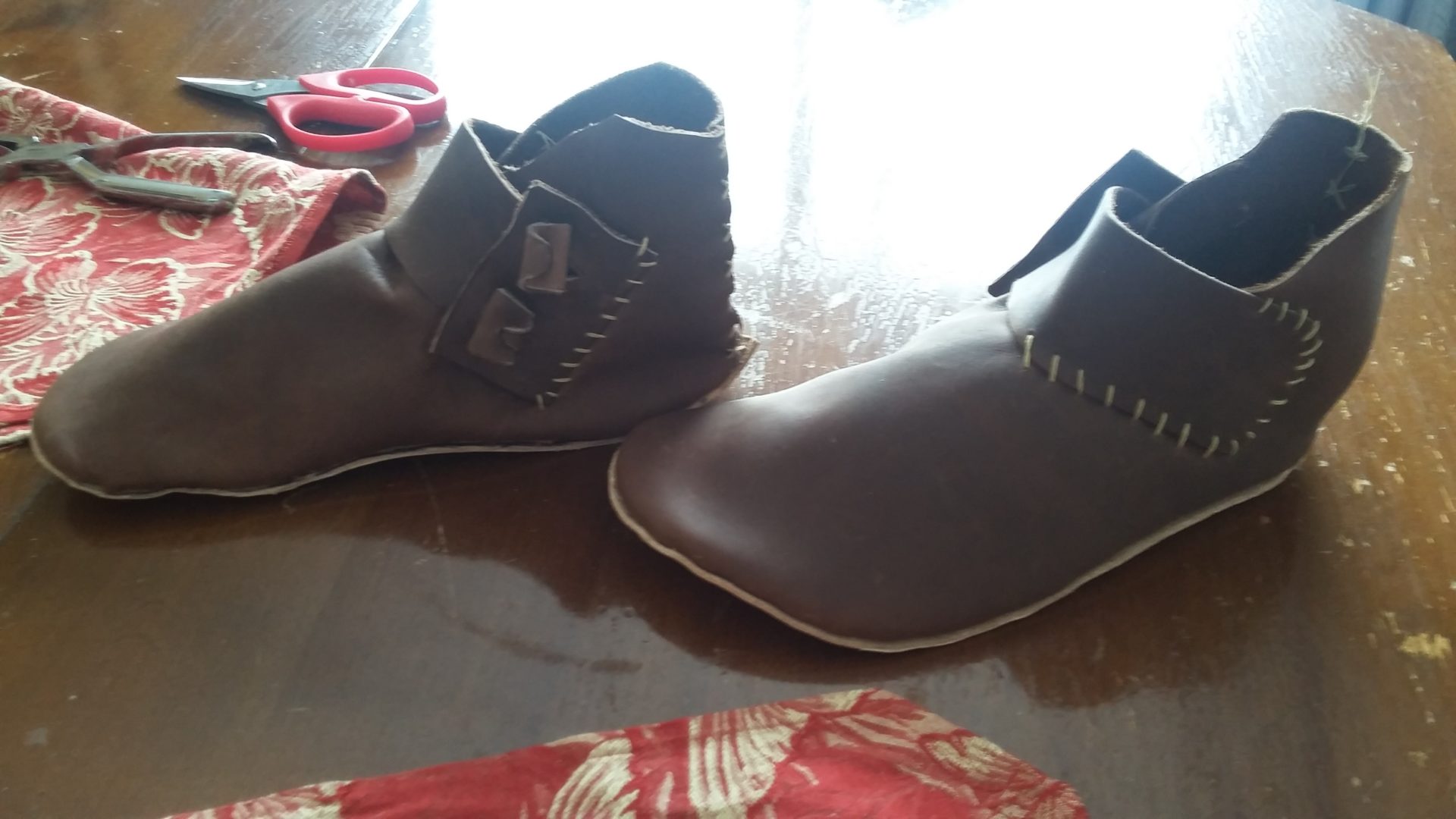 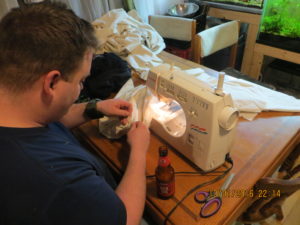 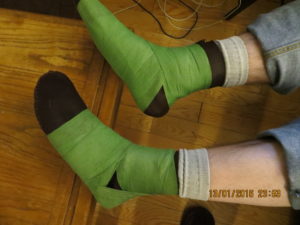 I based these shoes on the Norman design on the London museum site. It isn’t a one-piece upper (like it should be) and it has two toggles per side instead of the one. One would have worked better.  I used a thicker leather for the sole. 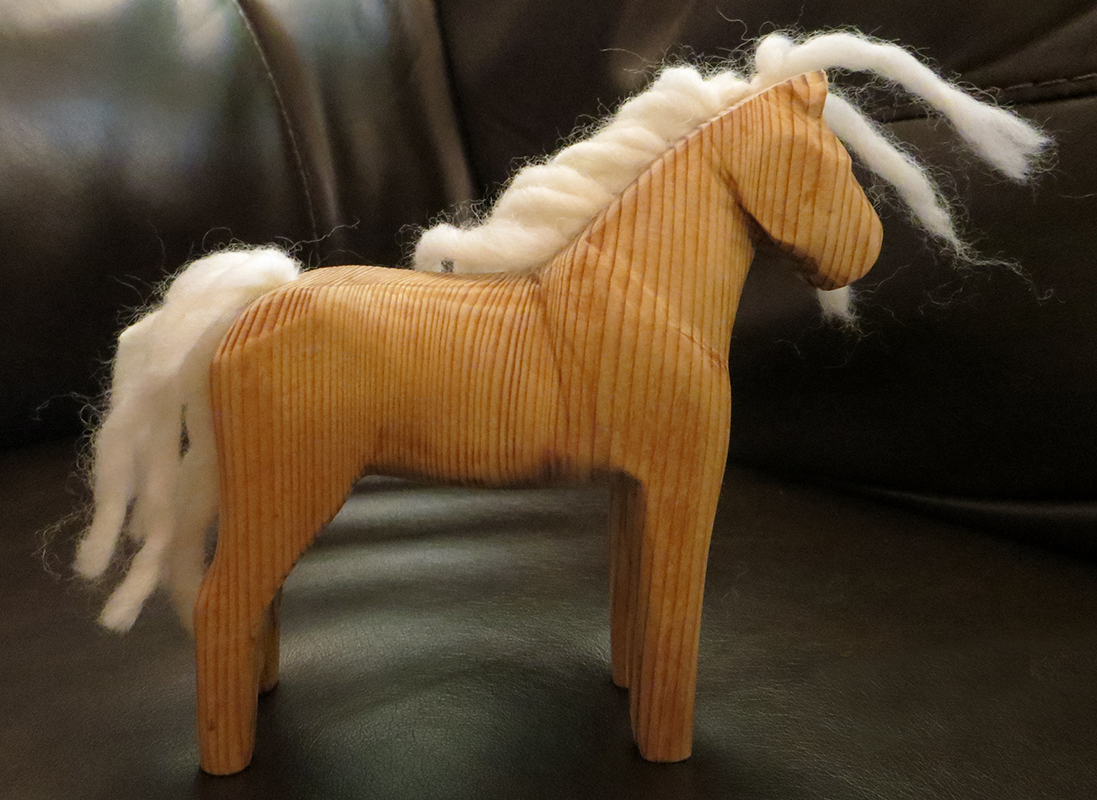 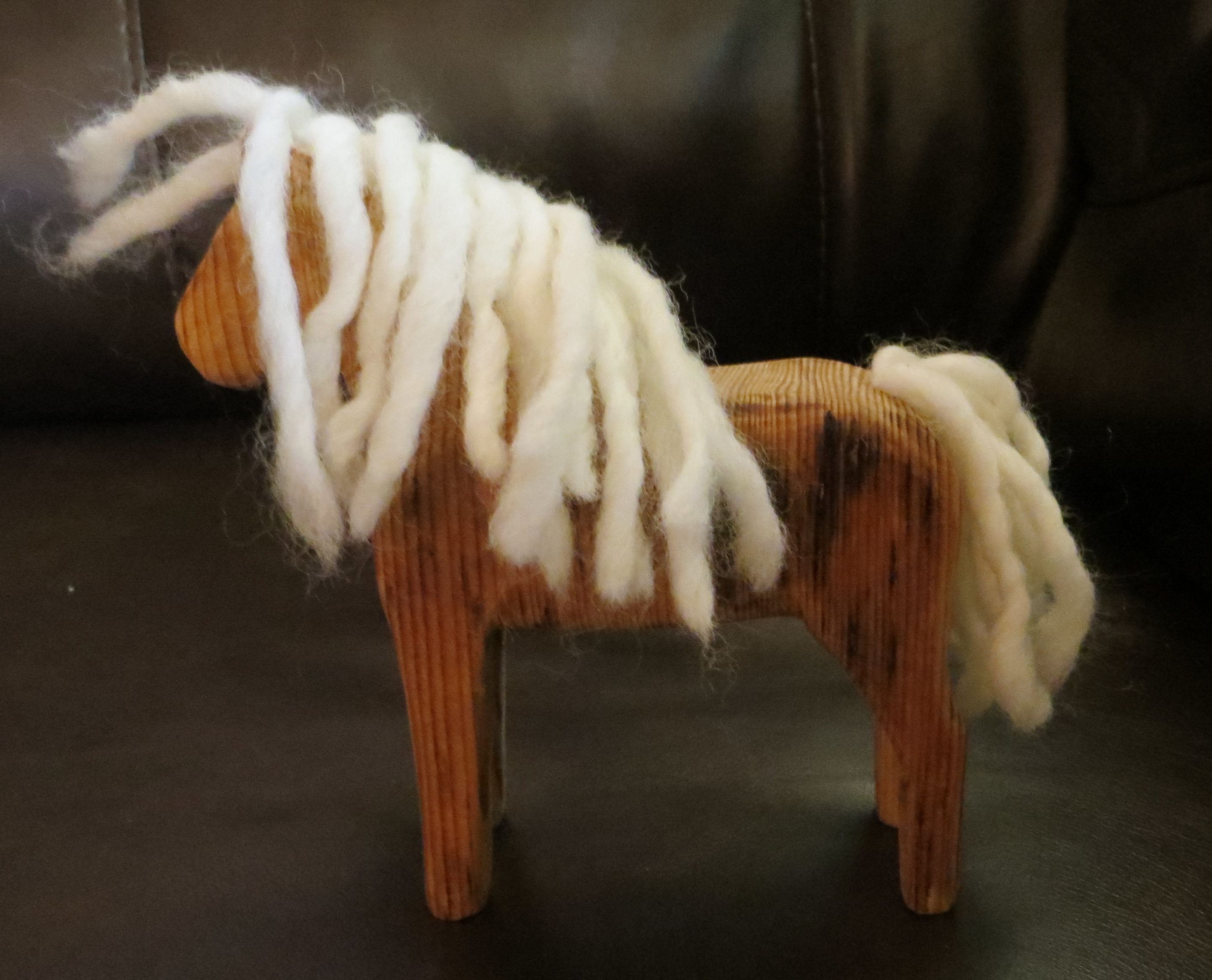 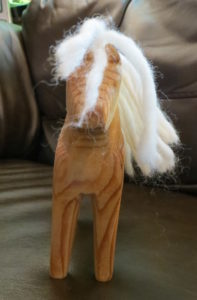 Toy horses made of wood have been around since the Viking Age, at the least, and are still around, so I thought it would make a nice “Happy Becoming A Big Brother” present for Lord Almeric and Mave’s son Drake.

I found a design that had longer legs than the Norse finds; but the Norse finds were cut with the grain running horizontally, not vertically, so it is entirely possible the legs were accidentally knocked off after they were made; I could only find photos of two and am not able to examine the leg stubs for signs of tool shaping or breakage. However, since the horses in various rune stones have full-length legs, I don’t think it is a stylistic choice. Therefore I went with a design traced off a picture of a wooden toy horse (on wheels, which I left off) from the Victorian era. END_OF_DOCUMENT_TOKEN_TO_BE_REPLACED